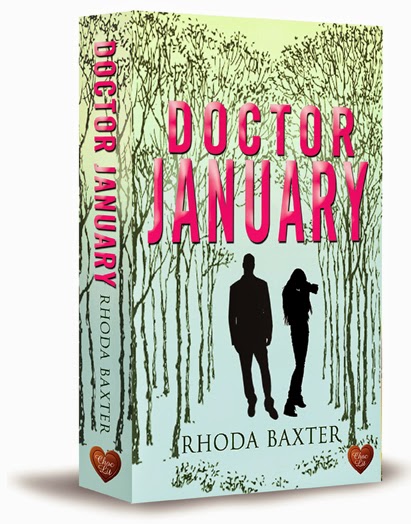 Published by Choc - Lit
Published in paper back 7th August 2014


Blurb:
If you keep looking back, you might miss what’s standing right in front of you …
Six months after a painful break-up from Gordon, Beth’s finally getting her life back on track. She has faith in her own scientific theories and is willing to work hard to prove them. She’s even beginning to see Hibs, her dedicated lab partner, as more than just a lousy lothario in a lab-coat and goggles.

So when Gordon arrives back from America without warning and expects to be welcomed back into Beth’s arms, she’s totally thrown. She also quickly begins to see that Gordon isn’t the man she thought he was … Hibs has always held a candle for Beth, but he can only wait so long for her to realise there’s more to life than being patronised and bullied by the one who’s meant to love and protect her.

Will Beth forsee the explosive nature beneath Gordon’s placid surface before he destroys everything she’s worked for, both inside and outside the lab?


5 great things about lab based romance by Rhoda Baxter

Doctor January features a bunch of scientists. Both Hibs (the hero) and Beth (heroine) are microbiologists, so a lot of their interactions happen in the lab (or the pub – more on that later). I loved the setting because it lends itself so well to all kinds of writing gimmickery. Here are my top five favourite reasons for having a laboratory as a setting for romance.

1) Clothes – it doesn’t matter what the characters wear underneath their lab coats (so long as they wear something). This makes it so much easier than having to describe their clothes. As someone who wouldn’t know a designer brand if it came up and bit me, this is a great relief!

Because most scientists live in jeans and t-shirts, eeing them in different clothes in the lab is usually noteworthy. So when Hibs turns up wearing his best suit just before lunchtime, he manages to halt all work in the lab while the others try to find out where he’s going and (more importantly) who with!

2) The variety of locations – Labs are brilliantly varied environments. There are the narrow work bays, which are great for brushing past each other and feeling that tingle of contact; there’s the nooks and crannies that people can be busy in so that they overhear key bits of information; there’re hot rooms, cold rooms, clean rooms, dark rooms – all just waiting to take part in the drama. In Doctor January a lot of the action takes place either in the lab, or in the pub. This is a legitimate thing because some of the best science is done in pubs. All the, er, social aspects of pubs are very important to…um… cross pollination of ideas. Yes. That’s it. Cross pollination of ideas. Nothing to do with booze. Nope.

3) The atmosphere – laboratories are carefully controlled environments as far as the experiments are concerned, but for the people running the experiments, the possibility for conflict is endless. Often experiments will tie people to a bench space that’s two feet long. When you spend a whole day with your movement restricted to a few meters away from this, all kinds of little things turn huge. I once had a month long argument with my neighbour about a few inches of bench space. There’s also huge potential for danger. These are people who have legitimate access to some very dangerous equipment and chemicals. Just imagine if it fell into the wrong hands…

4) Fire. A Bunsen burner is a wonderful thing – whether it’s set to a wavering yellow flame or a searing blue lance of heat, it always adds to the atmosphere. In one argument scene where Hibs is angry, he heats a wire loop in a flame until it’s white hot. Microbiologists do this to sterilise wire inoculating loops - it was too good an illustration of his mood to not use it!

5) Machines that go ping. They whirr and click and alarms go off at the most awkward times. What’s not to like?

What do you think? Do you have a favourite location for setting a romance? What’s great about it?