Today is the day the Blog Tour for Ruby Flynn kicks off and here you can get a sneak peek into the novel with an extract below. 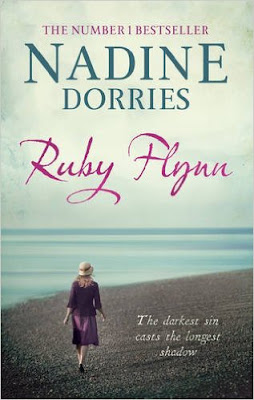 The FitzDeanes are wealthy. They have Ballyford Castle in Ireland and a growing shipping business in Liverpool. But Lady FitzDeane is unable to provide an heir. All of her five boys have died in infancy. There are whispers that the family is cursed – punished for a terrible mistake long buried in the past.

When young Ruby Flynn, an orphan reared and educated by nuns, arrives at Ballyford to work as a nursery maid, she cannot shake the feeling that she has been there before. But when? Soon rumours and strong emotions are swirling around the beautiful girl with red hair, green eyes – and a mysterious past. Who is she really? And what will her arrival mean for this powerful family, riven by tragedy?


An extract from the book:

She could hear bells softly pealing, doors opening and closing and muffled voices. The convent, which had been silent until now, was slowly awakening. Her fingers were wound around the thin arm of the chair in which Con sat and they clenched tighter, as though she were reluctant to leave his side. A bolt of anxiety shot through her as he rose to sign the papers the reverend mother had laid out on her blotter. Along with Sister Francis, they huddled over the desk, talking. The heat from the fire burnt the side of her leg and her skin became mottled with ugly red weals. The chilblains on her feet stung, as the freshly warmed blood in her veins forced a way through the constricted and frozen vessels in her almost frostbitten toes.

Sister Francis looked directly at her and smiled again. ‘I’ll fetch Charlotte. She can look after her for a few days, until she settles down,’ she said.

The reverend mother interjected sharply. ‘She doesn’t require looking after, Sister Francis. You encourage the girls to be weak. She just needs someone to show her the ropes.’

The adults continued talking as they walked out of the office. It was as if they had forgotten about Ruby entirely.

Sister Francis turned back. ‘You wait there, Ruby,’ she said, leaving the door half open. They were gone and she was alone. Ruby’s head banged with panic. Con had rescued her. She had thought that he and his wife had liked her. Susan had clothed her and fed her soup from a spoon. They had tried to remove the matted knots from her hair. They must feel the same way as she did. She must surely belong to them now, until they could find her mammy’s family. Con had spoken to her kindly, like her daddy. She thought he might want to take her back home with him. To his wife and the kitchen with the crib waiting in the corner and the soup pan on the range. To the bookcase against the wall with more books than she thought anyone could ever read and the big lamp and the soft towels. The patterned red rug in front of the crackling fire swam in front of her eyes. She wanted Con to take her back, to the smell of bread, tobacco and safety. Fear rose like bile in her throat and she began to breathe very fast indeed as she controlled the waves of terror, but she could not stop the shaking which began in her knees and now afflicted her hands.

Is he going to leave me? Will he walk away? She felt a cold blast of air race through the room and catch at her legs, as the front door opened once again. She heard muffled voices and words she knew were about her.

Her heart slipped. She tilted her head to one side to strain and hear more.

Will he really leave me here?

Receding, fading footsteps crunched in the snow. A car door clicked shut. An engine fired up.

She heard the sound of tyres on compacted snow as the car slowly and carefully moved away and down the driveway.

Does he not want to take me back to his home?

She flinched as the front doors banged shut and she heard the sound of the nun’s footsteps moving back towards her; missing was the heavy solid tread of Con’s boots.

Nadine's website is launching early next year with a 6-weekly magazine - if and people can already sign up for free. This is the link; http://nadinedorries.co.uk 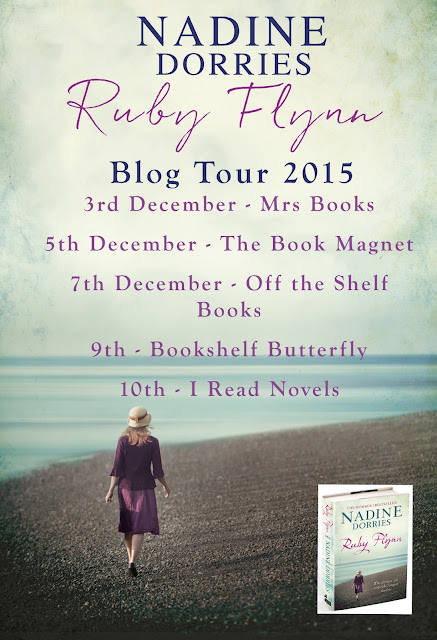