Christmas is a time for family and friends, miracles and magic, falling snow and roaring fires, fun, laughter and festive feasts. In Snowflake Cove, it’s also a time for secrets to be revealed…
Evie Starr is hoping for more than a sprinkling of magic this Christmas. The family-run Snowflake Inn is virtually empty and the Starr’s financial future isn’t looking bright. But Evie’s gran, Jessie has a secret that might help.
​
Enigmatic, Zachary Thorn is every woman’s dream. He’s also ex-SAS, so his secrets are classified. The Christmas Special of his feel-good, TV show is set in Michaelmas Bay – until a phone call means he’s spending Christmas in nearby Snowflake Cove.
Evie’s best friend, Juniper thinks boyfriend Darren has a secret. Evie knows he does. And Evie’s niece, Raven is hiding feelings for Juniper’s brother – who has a secret crush of his own.
But the biggest secret in Snowflake Cove is the identity of Raven’s dad.
With snow falling thick and fast and secrets being revealed one after another, will everyone be snuggling up by the fire on Christmas Eve, or are some secrets best kept hidden…?

Christmas Secrets in Snowflake Cove by Emily Harvale
My rating: 5 of 5 stars

This story isn't too long, but has a lot of characters in it and at times I did feel a little confused, however if you invest some time in it at the beginning then you won't need to worry as you will quickly be transported to Snowflake Inn.

This story has a few twists and turns that will keep you guessing and it will definitely get you into the holiday mood.

This is a book I will be recommending to others this Christmas as you will not be disappointed with it.

I would like to thank the author for sending this in exchange for an honest review. 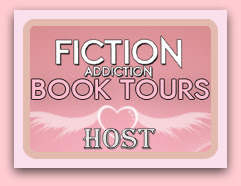